We left RubyTown (aka Bryce) and once we had descended in elevation I felt a great deal better – human, in fact. Apparently there is a short cut between Bryce and Zion – through a special tunnel but we decided to take ‘the long way round’ to Zion – via Cedar City – in the hope of finding a well stocked and reasonably priced supermarket & some wine and beer. This turned out to be a great idea as we enjoyed an unexpectedly stunning drive through some wonderful high altitude scenery. 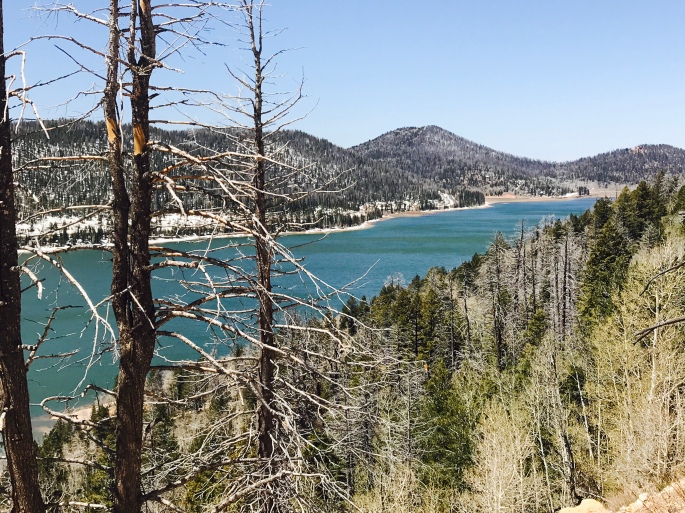 Even though we climbed to 10,000 feet it was only for a short time so my headache did not return. We saw a fair amount of snow on the ground and Ed would have dearly loved to have stopped for a night or two of cold camping and duck shooting on the plateau. Thankfully we had a booking at Zion that night meaning camping spontaneously on the plateau for a night or two was not an option. He is most welcome to return in the future…on his own!

We found a supermarket in Cedar City but I was sorely disappointed not to be able to stock up on wine. After my three day headache I was more than ready for a drink – but Utah has some very strange drinking laws indeed. Supermarkets only sell weak (ie pointless, according to Ed) beer and no wine at all – you have to buy wine and liquor from liquor stores – which are closed on Sundays and you guessed it – it was Sunday…

We eventually made it to Springfield, the tiny town at the entrance to Zion National Park (at the very reasonable elevation of just 4000 feet) and loved cute little main street, lined with restaurants (not a franchise operation in sight) and adventure shops.

We had a lovely camp site, by the side of the river.

Zion felt the polar opposite to Bryce – with its gigantic, majestic towering sheer faced cliffs. 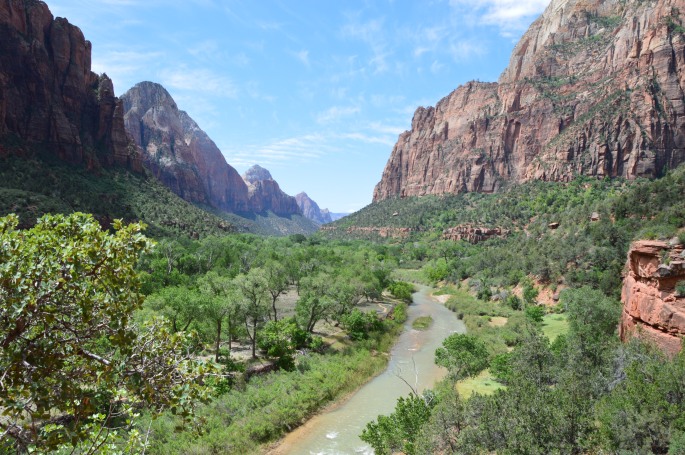 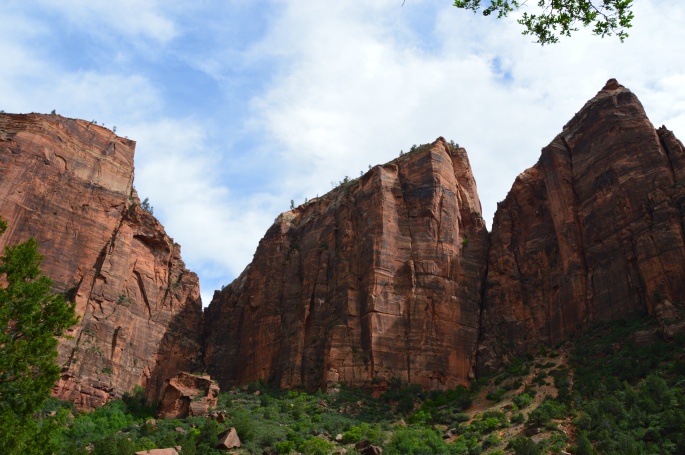 The first day we opted to hike to the Emerald Pools. They were actually a muddy brown. They used to be emerald, apparently! Their colour is all to do with the algae. Right now the brown algae is in charge! 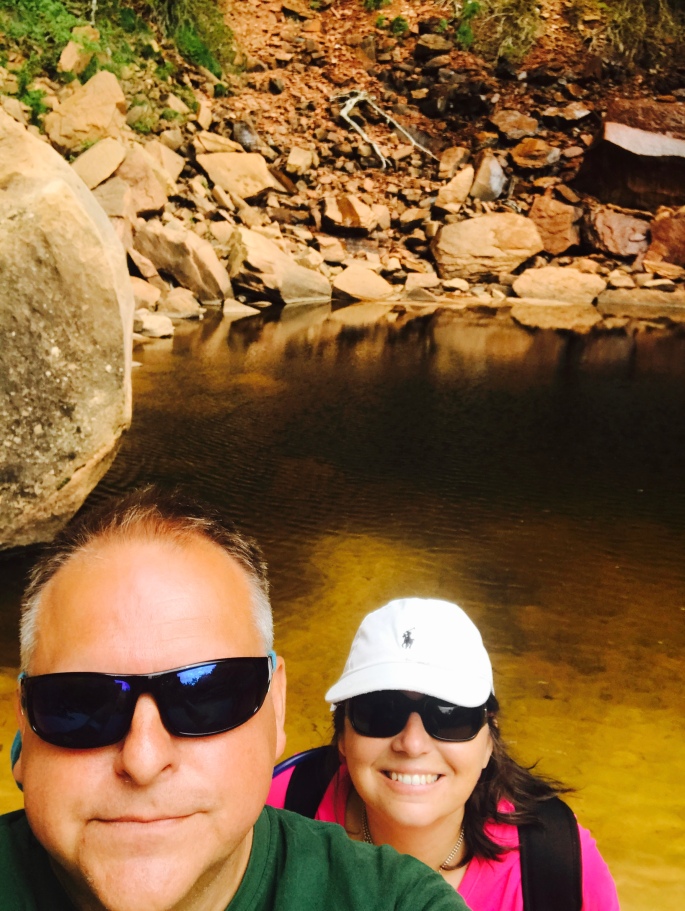 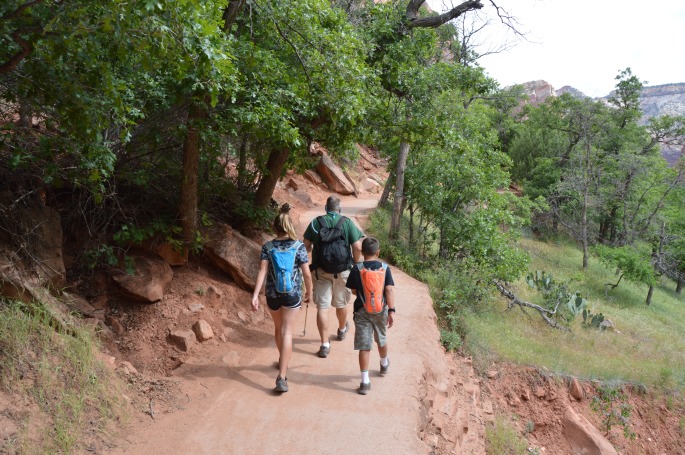 And we also went to the start of the famous “Narrows” where the cliffs almost collide – and you can hike & wade along the river bed, through the narrow openings between the cliffs. The volume of water was too high while we were there, so the Narrows were closed – a lucky escape for me, I think – the water was freezing! 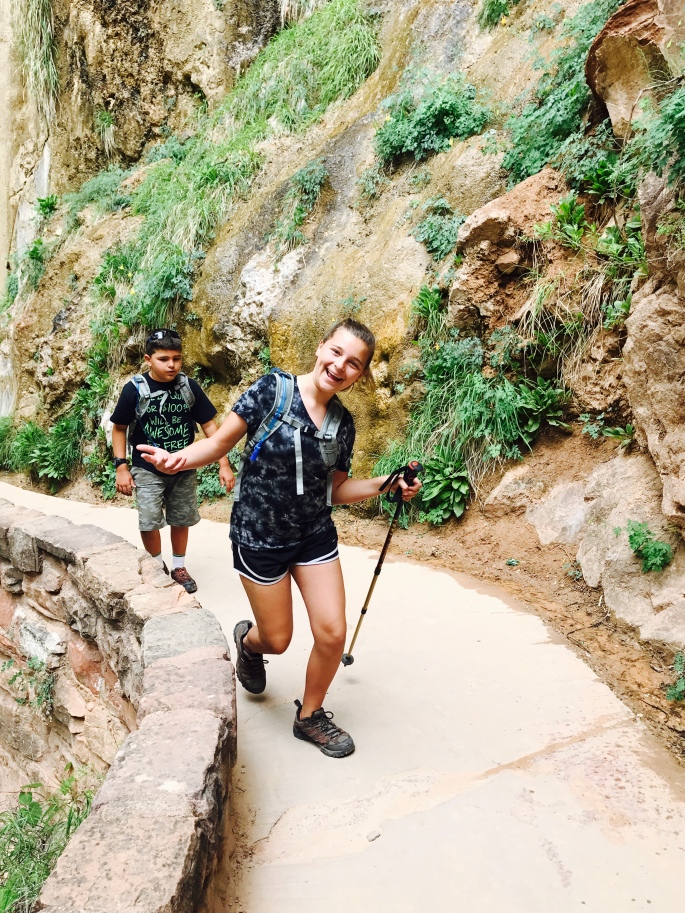 The kids loved the very cute and rather too tame native squirrels! 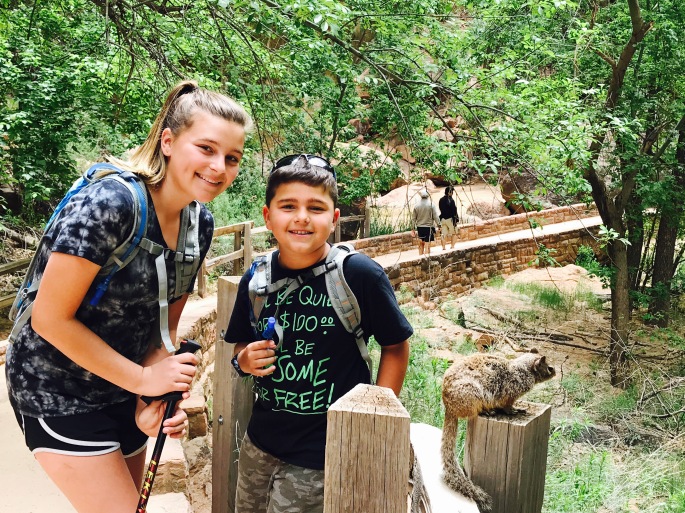 We also biked along the 8 mile scenic route through the valley. 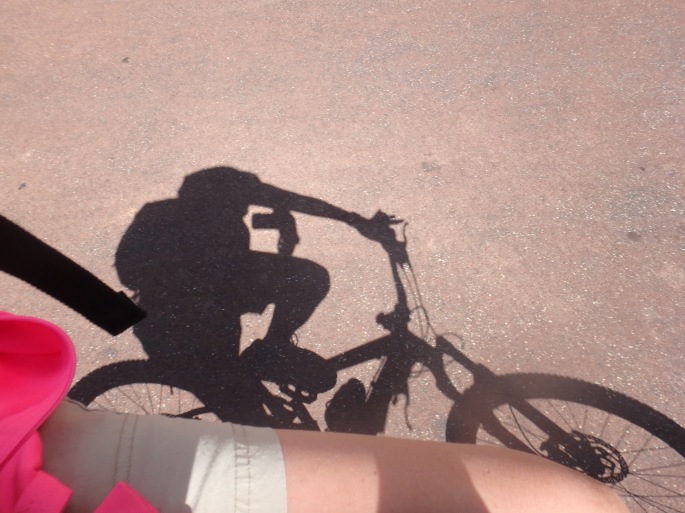 As we biked along we saw some climbers scaling the cliff faces – Zion is a climbers mecca apparently – I could hardly bear to watch – it looked so precarious – like they could fall to their death any second! Very glad they didn’t! I had planned to include a photo of the climbers here – but have not as they are basically tiny virtually indistinguishable dots on a massive cliff!

I did like Zion – and I know some other people absolutely love it – but somehow it reminded me of other scenery and cliffs I have seen elsewhere in the world. I preferred Bryce as to me it was so much more unique and to a certain extent quirky.

I have the opposite opinion to Justine on this. I prefer Zion over Bryce but both are worth a visit. Zion is, to me, a classic canyon park not dissimilar to a mini Yosemite . The park shuttle system is very efficient and you could easily spend more time here with the number of hikes available. For the those who are pretty fit and not afraid of heights Angels Landing hike is a challenge! If you are camping outside of the park then try to get a site next to the river. The national park campsite looked good and you are very close to a store so no big deal. Zion is one of my favourite parks so far.

Next destination : The Grand Canyon, Arizona.