As we drove to Vegas (and crossed another state line – Nevada) the weather got warmer and I got happier!

En route we stopped to fill up with fuel at, in Ed’s opinion, the best ever fuel station, selling everything a man could possibly need! 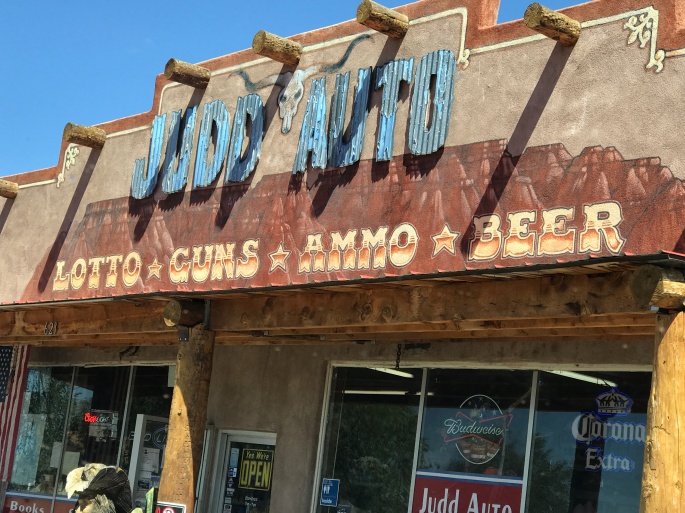 Once we were on the outskirts of the city we hit our first traffic jam in 4 weeks – it was a bit of a shock to the system and made us appreciate all the more how fabulous it is to be away from the big cities and off the beaten track in America. 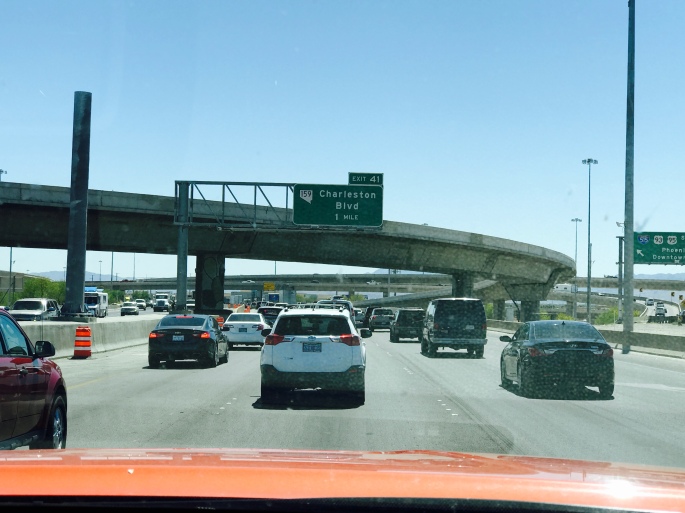 We checked into our little self catering suite which was a mile off The Strip. It was great – calm and peaceful, yet only a stones throw from the action.

It was fun to walk The Strip and see all the crazy people and what they were (or were not) wearing – people watching at its very best! Izzy’s eyes were on stalks.

We explored the various famous hotels. Some had wonderful displays, sculptures and statues…

We were actually quite shocked when we saw how crowded (and how smokey – amazing, smoking is still allowed in many!) the big, famous hotels were – many with lines literally 100 people long waiting for check in. We noticed that at one hotel (granted, one of the older, less expensive ones) people were waiting in a long line to get to the pool – it was so over crowded they had to wait for others to leave before they could get poolside. Certainly not the case where we were – we had the pools virtually to ourselves. At our hotel pool we made friends with a delightful kiwi family – who also happened to be traveling with a rugby ball – so the kids were able to have some throwing fun together.

Sunday was a busy day for us. We started with what was possibly the highlight of the stay – the Sunday Bruch at The Cosmopolitan. There was an incredible selection of anything and everything you could possibly want to eat – and more! Izzy and JJ had never seen anything like it and were in heaven! Both had about 6 courses – most of which were pastries and puddings! Ed enjoyed the Bloody Mary’s while I quaffed Champagne! 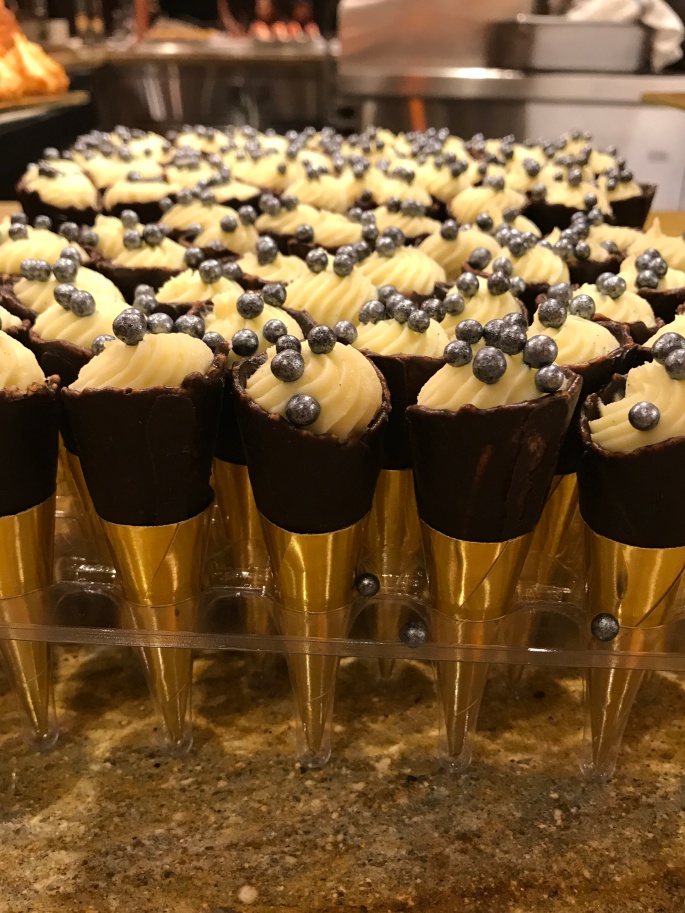 Ed and I had planned that after brunch we would head to the indoor theme park (Americas largest, apparently) at Circus Circus. But to our surprise the kids begged to go back to the hotel – they were so full – they just wanted to nap! Lightweights!

So we adjusted our timings, went home to rest and recover and then headed to the roller coasters later that afternoon.. 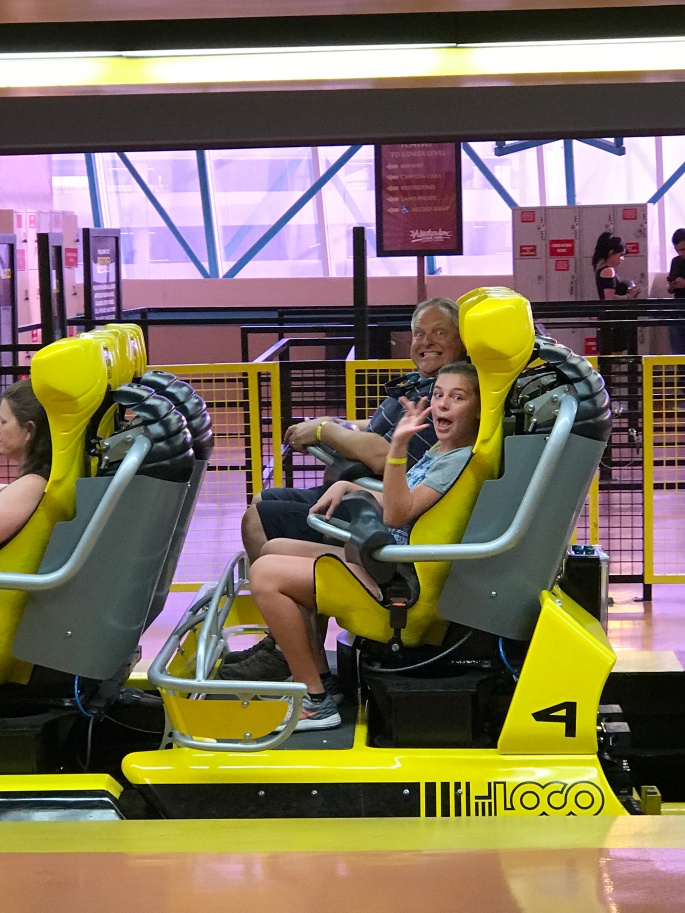 Then, since we’d had such a quiet day (!) we went to the Penn and Teller magic show.

It was great fun. I really have no idea how they do some of those tricks!

Izzy and JJ are big fans of Carlos, aka “Cake Boss” from the TV show of the same name – so we took them to his Vegas bakery in The Venetian Hotel – which they loved! 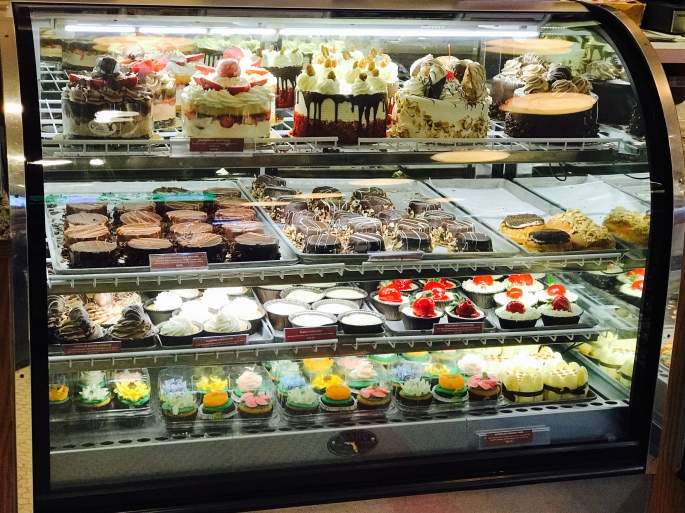 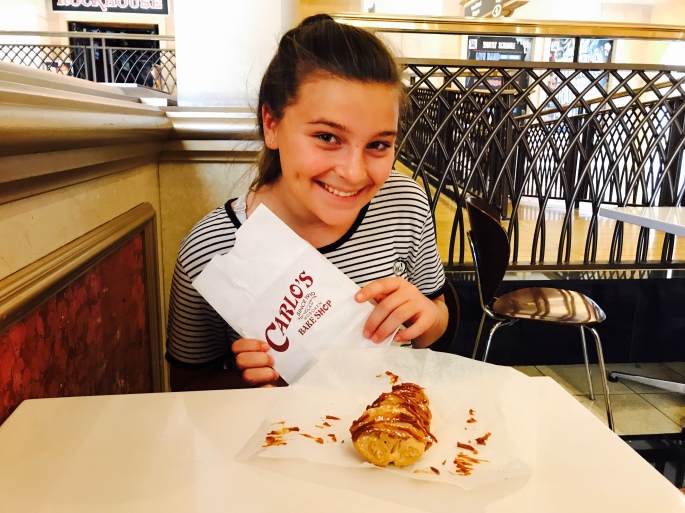 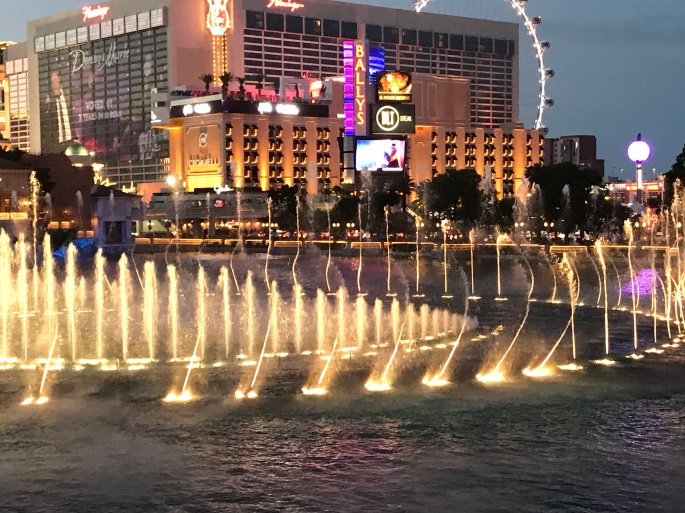 We had a busy & fun filled few days in Vegas and I am pleased to report we managed to avoid any hangovers!

Vegas is one of those places where it was great to arrive and great to leave. I think 3 days is about all I can take of the artificial madness that is The Strip and am now looking forward to the open space of the national parks. We did take advantage of the Toyota dealership in Vegas who was particularly helpful with providing and programming a spare key for the truck. I had initially thought it would be good to have a spare key hidden under the truck in case we lost a key while out walking or biking. So I had tie- wrapped the spare key to a section of the undercarriage with 3 tie wraps at different points on the key and felt it was pretty well secured! I expect the tie wraps failed somewhere where it was cold as I had noticed that the wraps get very brittle in sub zero temperatures!!!  Another lesson learn’t…..